Sylvia has been a decorative artist for  25 years. With her wealth of experience, Sylvia has fashioned creative techniques in her finishes producing depth and dimension to the walls, ceilings, and floors on which she and her team of talented artists work. She regularly attends workshops to learn the latest finish techniques and products continuously enhancing what Sylvia T Designs offers to clients.

Much of Sylvia T. Designs’ work in the greater New Orleans area has involved projects in historic properties. With care and dedication, we can expertly restore flat wall and ceiling lime plaster, medallions, and crown molding. We area also the region’s experts in restoring and refinishing furniture and cabinetry.

Sylvia T. Designs is committed to working with designers and owners to gain an understanding of their concepts and needs. With that information, we delve into the creative process to produce exciting decorative finishes bringing their vision to fruition. We deliver this top caliber work within budget and on time.

We work both residential and commercial projects, small and large-scale, historic and new construction. With our extensive experience, we’re able to effectively manage projects from the initial planning and design phase through execution and completion.

“I have been drawn to the arts since I was a young child. As a teenager, I began taking classes from a local artist where I learned about color and painting techniques. At Louisiana State University in Baton Rouge, I studied design and graduated with a Bachelor of Architecture degree. After an internship in the field, I went back to my first love – art. And, with this love of the arts and training, I started my decorative arts business.” ~ Sylvia T.

Sylvia Thompson-Dias was recognized as the 2022 “Design Master” for the decorative arts by New Orleans Homes Magazine.

Originally, hailing from Oregon, she was raised in Eugene growing up in the same house and attending the same elementary, middle, and high schools that her mother did. After some college and considering a path towards marine biology, Jess moved into a career of baking and dessert decorating. This would greatly inform her move into the decorative arts with us!

She worked at the most awarded Pâtisserie in Eugene for 9 years then moved on to assist a peer open a new shop in the area. This bakery sought to source all their ingredients from within one hundred miles. This taught Jess much about sustainability and supporting local. After a few years, she left the baking world and worked on a friend’s farm. The environment was entrepreneurial and very hands-on with a wide variety of the tasks needed for the farm’s operation. This included building shelters and greenhouses, painting and remodeling, planting and harvesting crops, and even making chocolate!

She then moved to New Orleans and worked for a spell in the city’s famed hospitality industry. Not soon after, she joined Sylvia T Designs. She enjoys the varied project work, the multi-tasking it requires, problem solving, being a part of a community, and doing work with a purpose.

Though she enjoys working with and on all the services we offer, applying plaster finishes is at the top of the list! “It uses many of the same techniques as baking and decorating desserts but with a much more lasting effect!” She said. “The tools to apply frosting to confection were similar, in many ways, to what we use now. Both are about creating something beautiful! But unlike with frosting, I might see the plaster I mixed and troweled 50 years later or even long after I am gone, someone might be enjoying that same artful pattern I helped create.”

“Working and living in a 300-year-old city, I have the privilege to see and respect this sort of thing on a daily basis,” she continued. “I’m grateful to learn from and work alongside Sylvia, giving me a role in the past as well as the future of New Orleans and the wider region.”

Jess was promoted to “Artisan” in 2022. She is now handling a larger management role with company while she continues to be a stellar decorative arts applicator! We’re lucky to have Jess as part of the Sylvia T Designs family! We look forward to her ever-increasing contributions to the company and growth as an Artisan!

PS – If you see her on the job site, ask her why she’s sometimes called “Lima Bean!”

Tess joined our all-female decorative arts applicator team in May 2020. She was born and raised in New Orleans and comes from a family that boasts several members who have worked in the construction industry.

She graduated from Louisiana State University with a degree in International Relations. She has always had an inclination and interest in the arts. Her education and interests led to her spending a year living in Milan, Italy. While there, she became inspired by the decorative arts that were all around her in the historic city.

“I like to think that experience led me to this career not only because I was in such a creative environment but also being in a foreign country all by myself at a young age forced me out of my comfort zone. It pushed me to apply for a job like this while also making me an adaptable person, which I think is very important in a career like this,” she says.

Tess has always loved painting and exploring working with new mediums. She has experience working in art markets, created original paintings and drawings, and t-shirt design for friends’ business ventures. Since joining Sylvia T Designs, Tess has greatly enjoyed the wide array of decorative arts we offer with faux finishes being her favorite.

“It’s really fun to be handed something and then making it look like something completely different by the end,” she notes. “Like making something look really old even though it’s brand new.”

“Working for Sylvia in this field is important to me. Since growing up in New Orleans, I’ve always been told how special this place is and how lucky I am to live here. So being able to contribute to its beauty in all these tiny ways has made me feel like I’m really a part of it by playing a role in its uniqueness!” She continued.

Tess started as an “Artisan Assistant” when joining our team and was quickly promoted to “Artisan Apprentice” after just 6 months (the minimum we require) on the job. She continues to demonstrate exceptional artistic skill, attention to detail, and a stellar work ethic. Coming from a family steeped in the construction world, she feels like she is following that path but in her own creative way. Indeed! 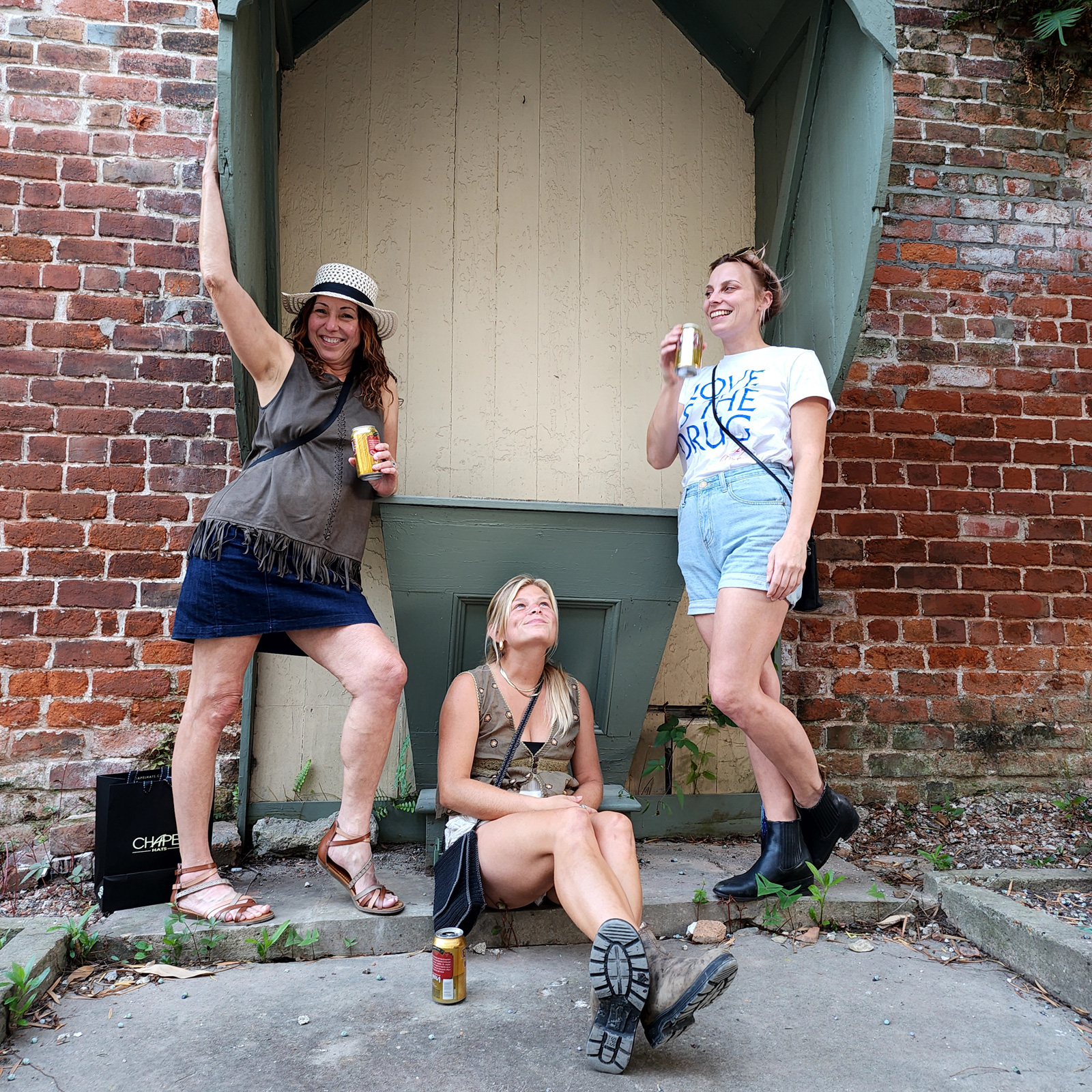 Sylvia T Designs is proud to be a firm dedicated to building careers for females in the decorative arts! New team members start as an “Artisan Assistant.” Then, after demonstrating certain skills, knowledge, and consistent quality of work, they are eligible for promotion to “Artisan Apprentice.” From there, after continued success, increased product knowledge, expanded technique, and jobsite management ability, team members can achieve the title of full “Artisan.” This process is important in building confidence and competent, talented artisans. It is also a firm nod to the time-honored trades that built New Orleans and so many other areas around our region. Sylvia T Designs is always “Honoring Tradition and Progress” on every project, every day!