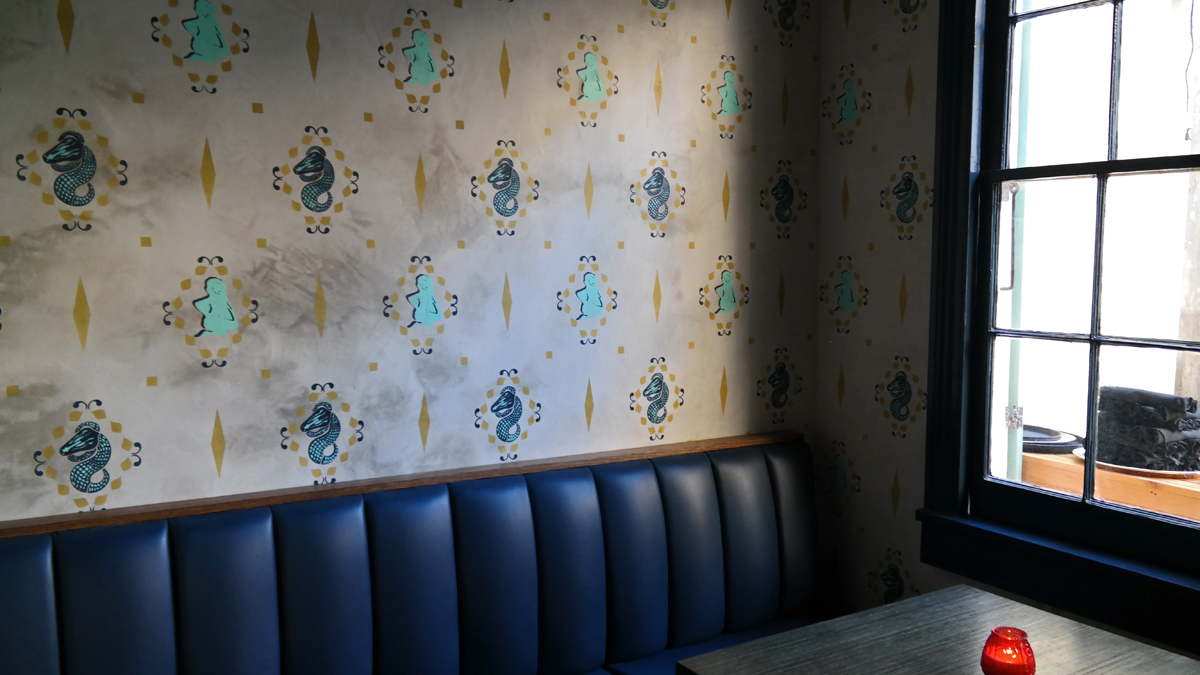 We’re proud and excited to have completed another terrific project for the LeBlanc+Smith Restaurant Group. Longway Tavern, located in the French Quarter of New Orleans is now open at 719 Toulouse Street. Here’s our project press release and, below, see a cool video tracing the story of our custom stencil design for the space! Lots more coming soon! 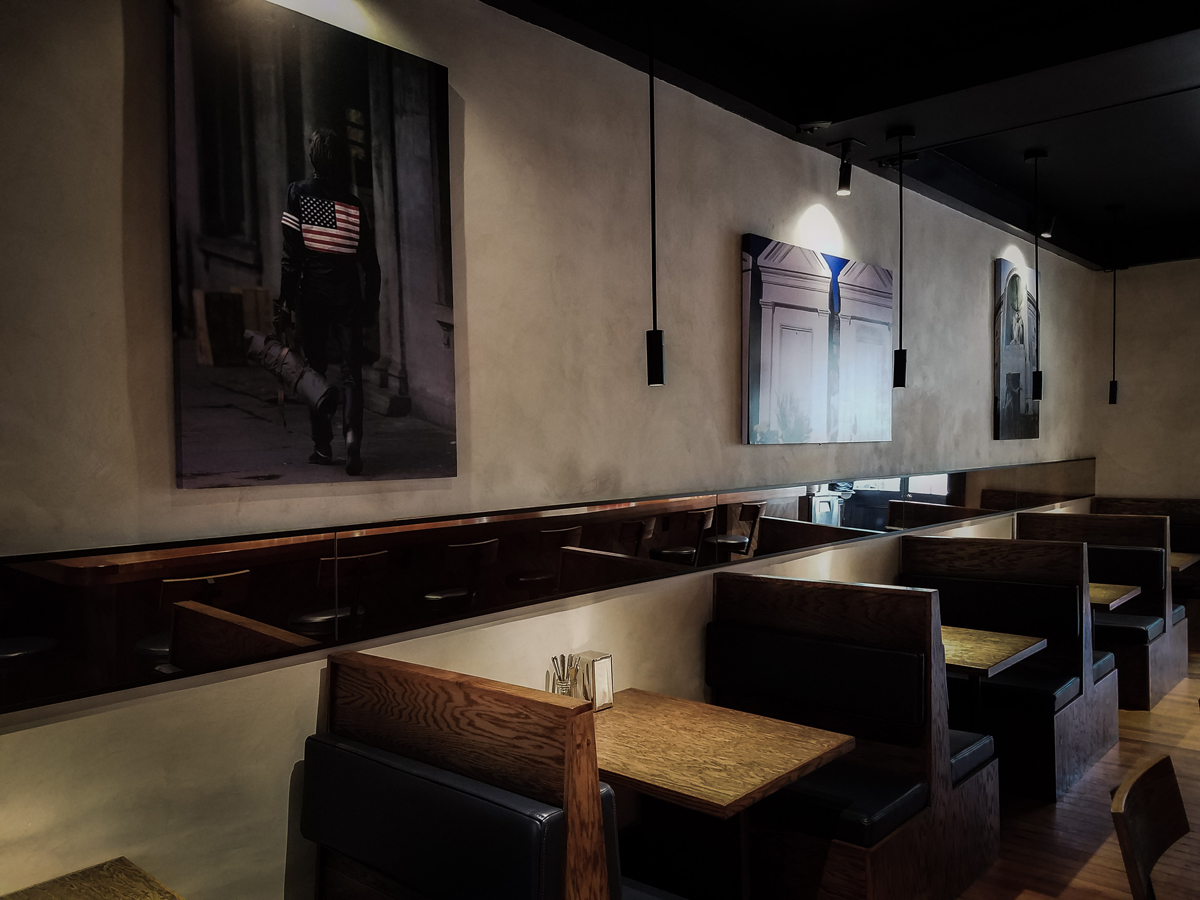 New Orleans, LA – Sylvia T Designs, a New Orleans area decorative arts and design firm, has completed work on the now-open Longway Tavern. Located in the French Quarter at 719 Toulouse St., Longway Tavern is a new bar and restaurant operated by the LeBlanc+Smith Restaurant Group. Sylvia T Designs was brought in to deliver the interior aesthetic in this historical building.

“All of our projects start with the building. We find old buildings with great bones that deserve to be preserved and reintroduced to everyone so that they may experience the history and sense of place in New Orleans. Sylvia is literally the person single most responsible for bringing them back to life with her restoration and decorative arts work,” said Robért LeBlanc, proprietor of LeBlanc+Smith.

“Once we have an amazing old building that we think people should experience, we create an idea for what type of restaurant would be authentic to the space. We then work with Sylvia to bring those ideas and the place to life,” LeBlanc continued.

The inspiration for the look and feel of the space is rooted in mid-twentieth century Americana drawing from, among other things, the film “Easy Rider.” Additionally, much of the inspiration for Longway Tavern’s design comes from belt buckle craftsman and jeweler, Jeff Deegan, the father of co-owner, Liam Deegan.

In an interesting twist of serendipity, when scouting locations for their new spot, Deegan and fellow co-owner LeBlanc, came across this property that was up for sale. It was, formerly, Little Vic’s Gelataria and prior to that, Wehmeier’s Belt Shop. Deegan realized that he had visited the space before with his father when the senior Deegan sold belt buckles to the shop years ago. His first sales in New Orleans.

Sylvia T Designs, which also created the aesthetic design for Cavan and the re-do of Meauxbar, two other noted LeBlanc+Smith locations, was called in to bring the vision for Longway Tavern to life. Sylvia Thompson-Dias, owner and artist of Sylvia T Designs, developed several striking concepts for the project. First, however, the building required significant restoration work to ensure the integrity of the finishes and long-term health of the “bones of the building.” For example, Sylvia T Designs tapped a master brick mason to “re-point” the brick found throughout the structure.

Thompson-Dias directed the color selection for the entire project and coordinated the base-painting. The challenging decorative arts work brought the entire space together. Notably, a stunning custom stencil was designed incorporating imagery inspired by Jeff Deegan’s belt buckles along with the use of bright colors from the project’s palette.

The walls were done using lime plaster, which allows them to “breath” properly, a critical concept for an historical building located in New Orleans with its high moisture level. A spectacular plaster finish that evokes a feel of “suede” completes the walls.

Sylvia T Designs also coordinated the art installation, did the walls and floors in the restrooms, and provided overall guidance and considerable project management to the Longway Tavern project.

“Each of our projects consist of two components. The first is the preservation of the history, culture and tradition of New Orleans and the sense of place implied by these old buildings. The second is populating these buildings with a team that embodies exactly what we think the 21st century New Orleans experience should be. Sylvia allows us to do both at the same time,” LeBlanc added.