We were commissioned to do decorative finish work as part of a renovation of an 18th century residence in the French Quarter of New Orleans. One aspect of our work was to design and paint a Chinoiserie mural along the walls of the dining room. This challenging mural encompasses the room and then winds up the stair finishing in the 2nd floor stair hall.

Chinoiserie is making a comeback in the decorative arts due to its classic and timeless beauty. It is an European interpretation and imitation of Chinese and East Asian artistic traditions. It first began appearing in Europe in the 17th century and became popular and widely found by the 18th century. Traditionally, it is a hand painted wallpaper which can be unaffordable, often with a cost of more than $200 per square yard. As it is wallpaper, it can also be prone to failure.

Our approach was to apply a soft pearlescent glaze onto the walls. We then painted the mural. There is great depth and a soft glow in the space without being too overpowering. Moreover, the cost was less than half per square yard versus wallpaper. Lastly, this method ensures a permanent lifespan of the mural that can be easily touched up and maintained. This is not possible with wallpaper. 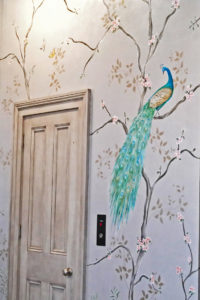 This was a terrific project that created a beautiful and impressive dining room and connecting stairwell. It was a pleasure to work with the designer and owner to capture the imagery, color, and overall feel of what was important to them.

I used top quality products to produce the background glaze and mural. Modern Masters Metallic Paint Collection is a “go-to” for me that helped produce the texture, feel, and depth that I desired in the mural!

You can pin the Pinerest-friendly image at left right to your favorite board!

Below are images of the completed dining room mural… 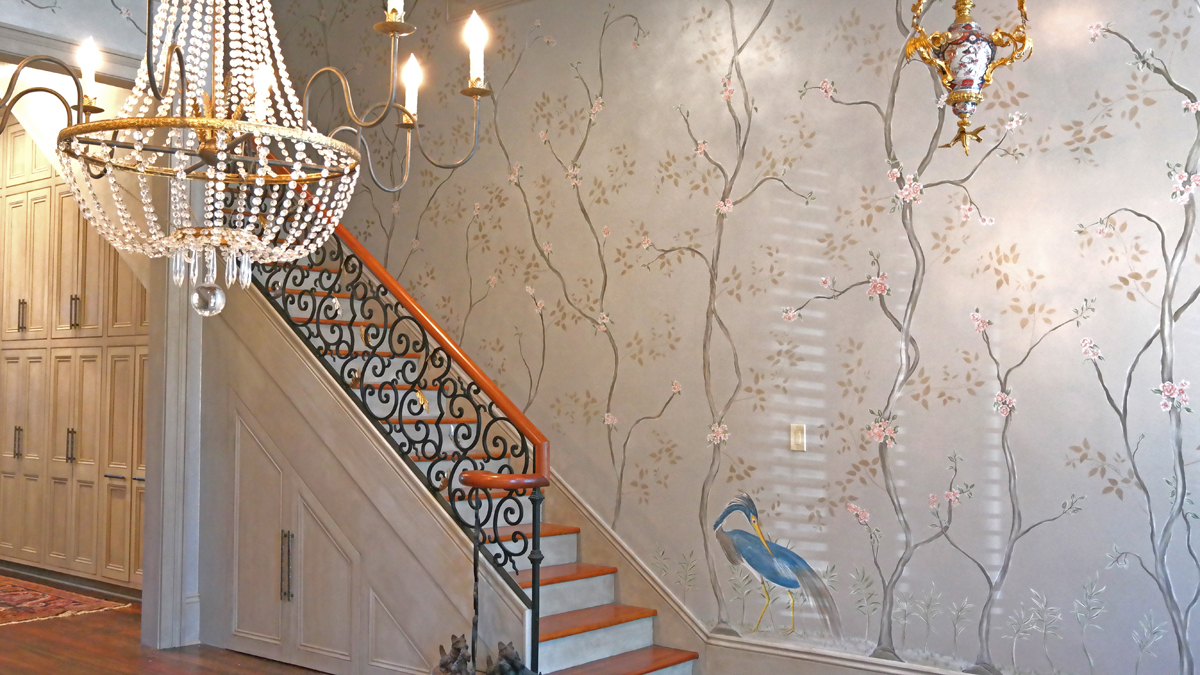 Here’s a 360-degree image of the space. Scroll around with your mouse and have a look!

Here are some images showing how the mural was developed… 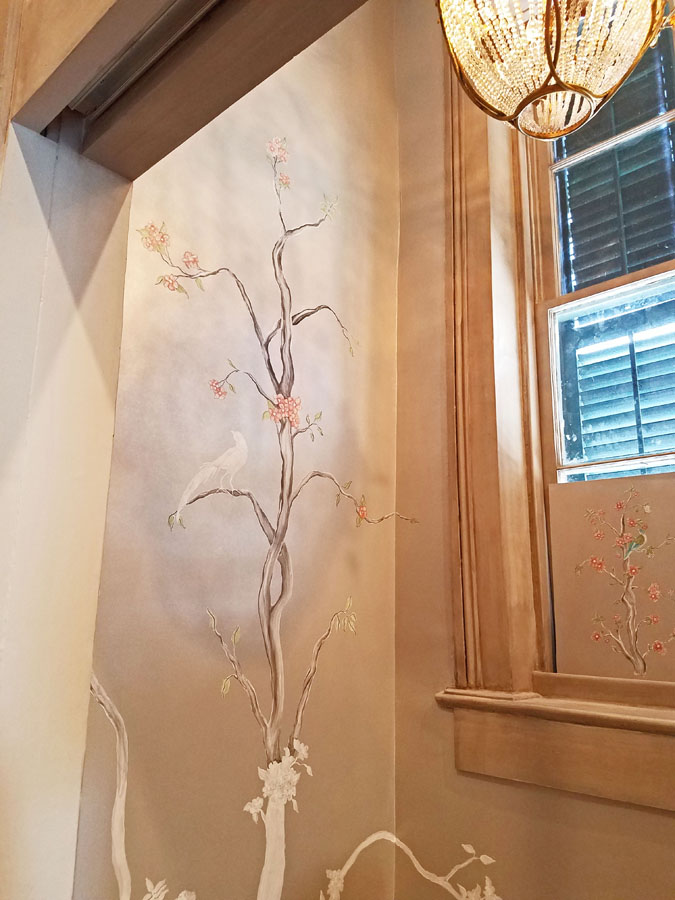 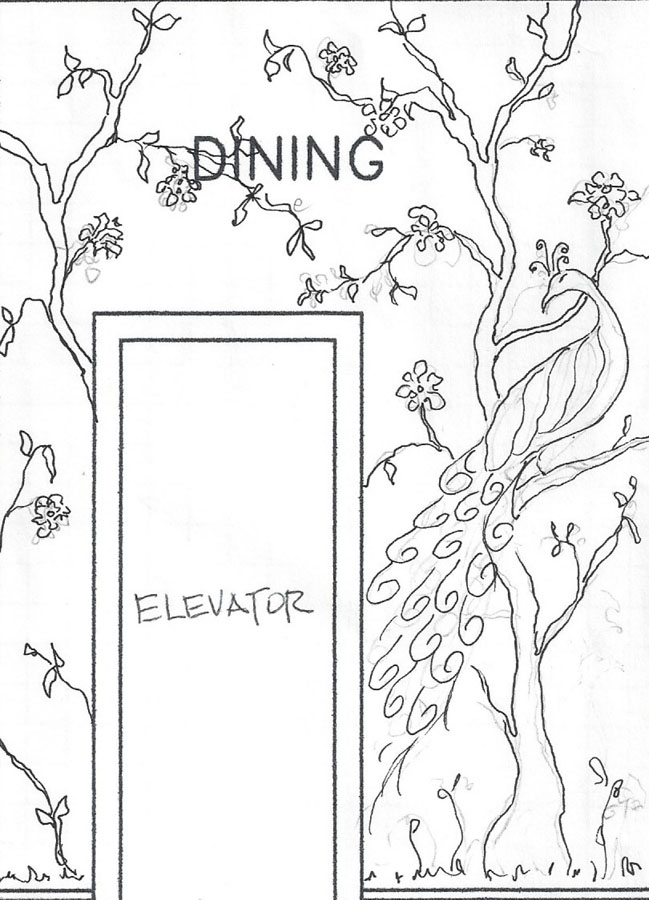 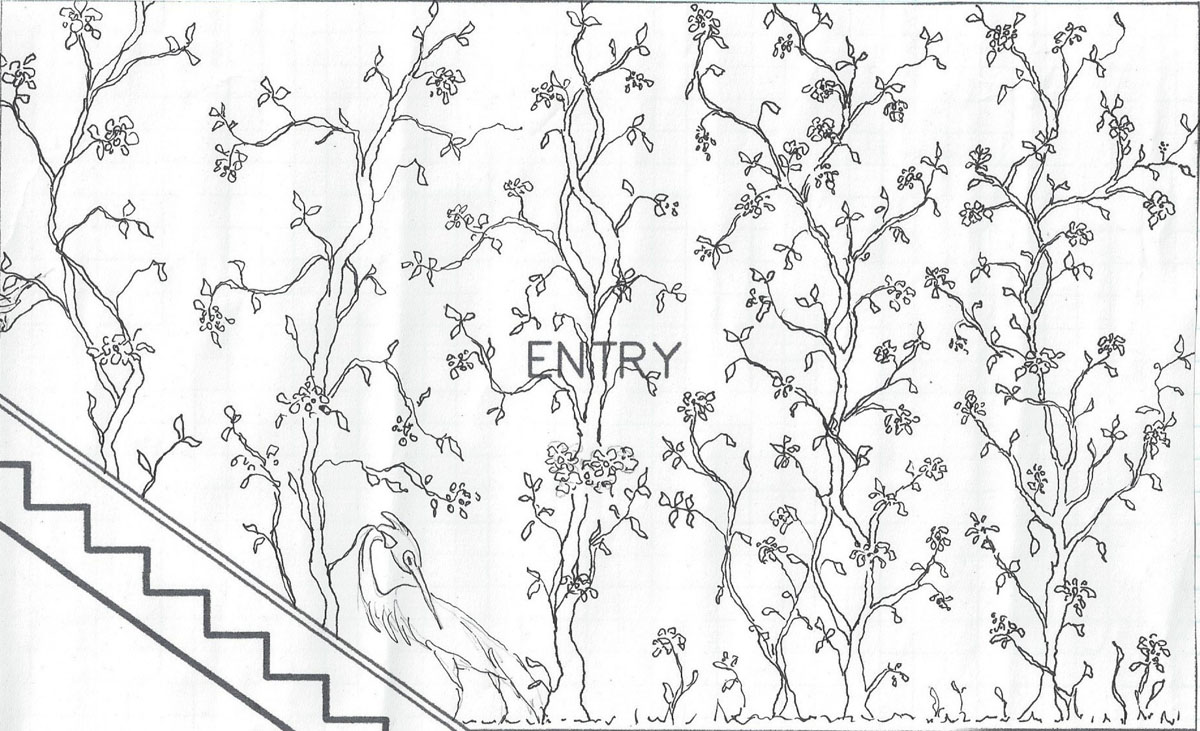